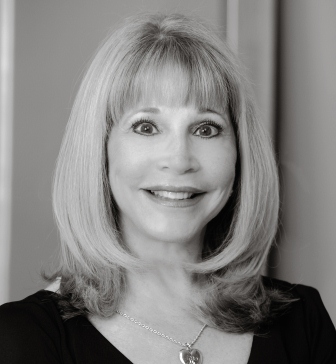 Sari's legal recruiting career in the San Francisco Bay Area spans nearly three decades. She is highly sought after by top tier law firms because of her thorough market knowledge, her broad and deep relationships throughout the legal community, and her keen insights about developments, trends, and personal fits. Clients find her unique personal touch a real asset in getting potential candidates to the table and in getting deals closed.

Some years ago, as the Founding Director of the San Francisco office of a prominent legal search firm, Sari earned a reputation for helping law firms achieve their business visions by successfully adding high profile partners and partner groups. As time went by, she dreamed increasingly of starting a firm of her own, a firm that would be focused on the Bay Area and built on principles of high quality, client service, and the establishment of long-term client relationships. That dream became a reality in 1995, when she joined with Matt Feuer to found McClure & Feuer.

Sari has enjoyed widespread recognition for her work with law firms and corporate departments in mergers and acquisitions and in helping firms open new offices and build out existing offices. Among her accomplishments are the following:

Sari is an active participant at industry forums and seminars on attorney hiring and retention and a regular contributor to legal publications.

Sari has been recognized in 2017 and 2016 as one of Lawdragon’s 100 Leading Legal Consultants and Strategists. This list, comprised of advisors whom lawyers call upon for their niche expertise stands as a leading resource for experts whom lawyers trust across the United States.

In her prior career, Sari was Director of Economic Development for the City of Visalia, California. Her accomplishments in that capacity included bringing Anheuser Busch and Colombo Yogurt to the region thereby creating hundreds of new jobs for local residents.

Sari is an active member of the communities in which she lives and works. She served as Chairperson of the Lamorinda Interfaith Assistance Program and participated in the National Charity League. Her past activities also include membership on the Boards of the Battered Women's Shelter, the Creative Center For the Developmentally Handicapped, and the Symphony Board.